An Early Taste of Fall

Temperatures yesterday uncharacteristically soared into the upper 70’s across the region.  Change is on the way though as we are going to see our first taste of fall weather with the passage of a cold front today.  Cloud cover has already begun to increase, and you can expect to see scattered showers later this afternoon.

Behind this front, much cooler air will filter into the region for the weekend and into the first part of next week.  Temperatures tomorrow will be a good 20+ degrees cooler than yesterday, and showers will continue to linger in the region.  It’s not going to be a very nice end to the work week.

The weekend looks to be seasonably cool, with highs only in the low 60’s for the most part.  We’ll begin to warm back up next week as near normal temperatures return Monday.  By the middle of next week we’ll once again see highs in the 70’s. 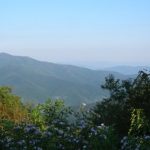