A cold front will quickly move through the region today.  The system has little moisture to work with and precipitation will be limited mainly to the southwestern portion of the state.  That said, a light shower or two is possible this morning as the front moves through but nothing of significance is expected.  The highest percentage chance of precip I’ve seen for anywhere in the Boone area is a 20% chance for Beech Mountain.  Cloud cover should begin to thin out by the afternoon.

High pressure quickly builds in behind the front which means the weekend looks really nice for the most part.  Tomorrow will see sunny skies but temperatures will remain on the cool side.  Sunday sees continued sunshine early on but clouds increase later in the day ahead of another cold front which is expected to move through on Monday.  The frontal passage will bring cloudy skies and showers to the region Sunday night and into Monday.

Fortunately, high pressure returns on Tuesday which will bring us more pleasant weather for several days next week. 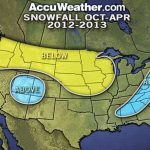