An Extended Fall Color Season for Portions of the Southeast Mountains

We always frown on the “doctored” autumn color photos that you see plastered all over the internet – mostly from professional photographers who seem bent on exaggerating what nature already does so well. This photo was submitted by Carolyn Tamera of Atlanta from a visit to Asheville over the weekend of October 23rd.  As has been the case pretty much everywhere in the mountains this season – there are not as many “reds” in the patchwork of color – but things have been nonetheless spectacular this fall.

Portions of the higher elevations have already peaked and “wintered out” as you can see via the photo to the left. You can visit that webcam LIVE by clicking here> Snowshoe Mountain Basin. Colors peaked at the 4848′ elevations of Snowshoe Resort in Pocahontas County about 10 days ago according to numerous reports. Further south, summer-like temps over the last week have kept the colors pretty vivid. Areas around Boone, Blowing Rock and Sugar Mountain are just past peak now, but nice color is still on display at some of the High Country’s “valleys” such as around Valle Crucis.

We toured www.ResortCams.com and clicked on Ski Cams and also on Mountain Cams and those links show some good color is still on display around Garrett County, Maryland – home to Wisp Resort. While they ARE past peak color – things still look pretty rustic and awesome. Wisp Resort is still looking pretty with some color hanging in there. Click image to Enlarge.

Typically by this time of the month, there wouldn’t be many leaves left on the trees, but right now we’re getting reports that there is plenty of color on display and probably will be going into the first few days of November…especially in the mountains of Southwestern North Carolina, East Tennessee and in the Shenandoah Mountains of Virginia.

Most of these areas are home to snow ski operations and it won’t be long before we see the snowmaking crews positioning their equipment slopeside to make snow and open for the winter. 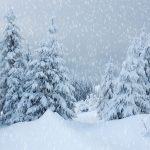 How Snowy Will This Winter Be? 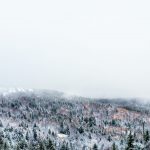 Snowshoe Resort in West Virginia Gets First Snow of the Season!
Menu