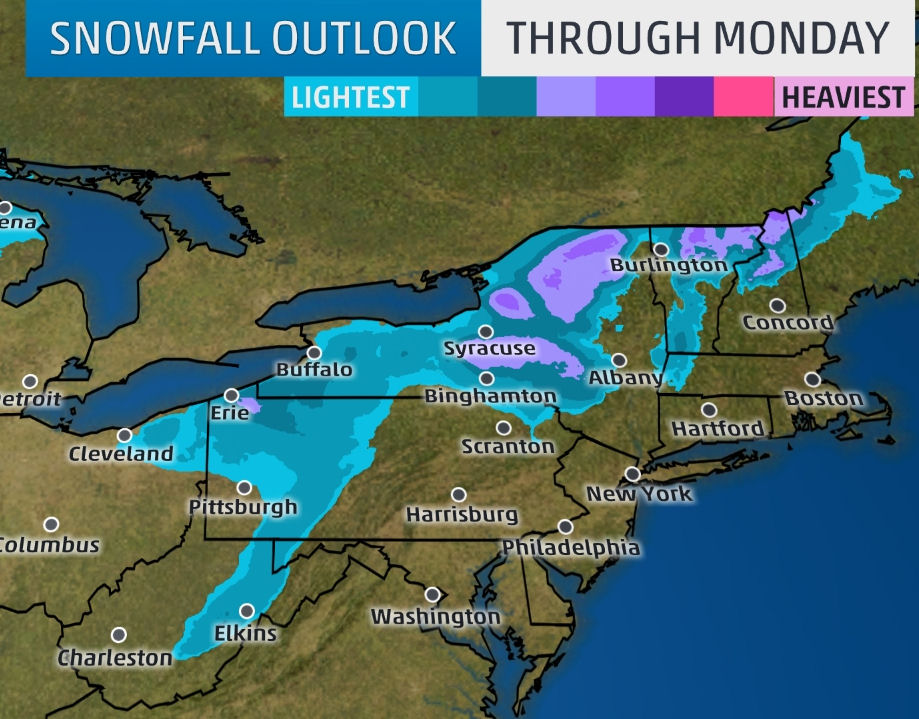 We’re Hearing “Noise” About Ski Resorts Opening in North Carolina and West Virginia! Sugar and Cataloochee could open Monday if not before. Appalachian and Snowshoe will open Tuesday and Wednesday! Read on…

Ski and Snowboarding season traditionally begins in the Southeast around Thanksgiving week and weekend with at least 2-3 ski areas opening with around 25-30% of their slopes available to play on. The first ski areas to open have normally been Cataloochee Ski Area or Sugar Mountain Resort…or Sugar Mountain Resort or Cataloochee as they tend to “battle to be first” and more times than not they open on the same day just 30 minutes or so apart from each other.

In the last five or so years – more often than not, those opening days have been as early as Halloween day or at least by November 4-5th. So far this year we’ve seen only a brief couple of nights with temps cold enough to make snow and our afternoon temperatures across the region have been in the 60s and even low 70s.

Those mild conditions continue today as highs are expected to be in the upper 50s and low 60s across much of the region. Even Snowshoe Mountain is expected to see a high today at around 55° and by tomorrow they are looking at temps in the mid 60s.

We are hearing a lot of chatter about the moment that the temps dive down this coming Saturday afternoon and night – the snowmaking crews across the region will be blasting the slopes with new, manmade snow. There is also a good chance for natural snow showers late on Saturday, Saturday night, Sunday and even Sunday night up around Snowshoe Resort, Canaan Valley, Timberline and potentially around Wisp Resort in Maryland.

Our own Kenny Griffin seems to think that we could see some snow showers and a possibility of a dusting-to-an-inch of snow around Beech Mountain into Sunday-Monday.

Check out the highs and lows for Snowshoe this weekend. That is pretty conducive to making snow. Temperatures look to be nearly as cold around Sugar and Beech Mountain this weekend with plenty of snowmaking temperatures and even a dusting of snow in the forecast there as well.

Here are the forecasted temps for Sugar Mountain – and Beech Mountain should be slightly colder. The opening day chatter is coming from the idea that with overnight lows Saturday night and Sunday night – we will probably see some ski areas open as early as Monday and there’s a chance of some Sunday skiing.

As mentioned before – Cataloochee and Sugar usually dogfight to be the first to open and with two nights of snowmaking, both resorts will probably open Monday. Sugar and Beech ski resort MAY see around-the-clock snowmaking temps beginning later on Saturday and all day Sunday…which COULD prompt an earlier opening. Right now, we’re betting that opening day will be Monday, November 21st for both Cataloochee Ski Area and Sugar Mountain.

WILL OTHER SKI RESORTS OPEN?

WITH THAT IN MIND REMEMBER THAT APPALACHIAN ALWAYS GIVES THE FIRST 100 GUESTS TO THE TICKET WINDOW A FREE LIFT TICKET FOR THAT FIRST DAY!!!!

So with Snowshoe and Appalachian out of the mix to be the first to open, that only leaves Beech Mountain to question. We haven’t heard anything from the highest elevated ski resort in the East, but they WILL more than likely crank the snowguns up and we’ll pass the word about opening day as soon as possible. We’re thinking they too will open perhaps Tuesday-Friday and we’ll let you know when we know.

A TRADITIONAL START TO SOUTHERN SKIING???

So the good news is that the wait looks to finally be over for those of you who have been Jonesing for some turns on the snow! For most of the last month, the top weather story has been the bone-dry conditions and horrendous wildfires across the Southeast. Those fires continue and have now burned nearly 100,000 acres of forest.

Numerous news stations have contacted us about sharing the LIVE views from Lake Lure, the Nantahala Outdoor Center and other Western North Carolina mountain cameras. Just this week we witnessed fire from the NOC camera hosted by ResortCams.com.

So that news continues and we’re hearing that water could be an issue with snowmaking at some ski areas. We’ll try to expand that subject a bit later. However the good news is that ski areas have a great 3-night window of snowmaking coming up this weekend and the start to the 2016-2017 Ski and Snowboarding Season will officially come within the next couple of days and it appears that either Sugar or Cataloochee will be the first to open. Perhaps they will both open on Monday and carry on that tradition as well.

So there WILL be skiing and snowboarding prior to Thanksgiving Day.

Looking ahead to Thanksgiving and the rest of November… Thanksgiving Day is cooler but not particularly cold. It will be breezy. There’s no significant rain in sight. Saturday’s cold shot is the prelude to even colder air arriving by the end of November.

Any kind of forecast beyond a few days is sketchy at best, however the trend and conditions west of us seem to hint at plenty of seasonably cold temps – particularly overnight temps – that should allow for snowmaking crews to continue to do their thing most nights through the end of the month and beyond. So while we’re not expecting mid-season conditions and 100% of slope openings – we ARE expecting resorts to be able to make snow most nights for the next week or two and possibly longer. That will build base and allow for more slope openings at each ski area. In case some of you missed it, Sugar Mountain Resort and Snowshoe Mountain Resort BOTH made snow this past week. Sugar’s is all but gone as of today. Snowshoe got the better end of the weather and they still have quite a bit of early coverage. With the three day snowmaking window ahead – things will look AWESOME for their opening day.

We’ve posted MOST of the ski area opening day announcements on the SNOW REPORT PAGE. Be sure to check back often for more news as we ramp up our coverage. The moment one ski resort opens…we go full time!

By the way, be sure to watch the LIVE WEBCAMS at the various ski areas to see when the snowguns crank up.

Email me at [email protected] 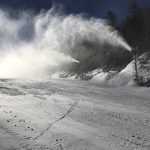 Our Blue Ridge and Smoky Mountains are Pretty Smoky!
Menu