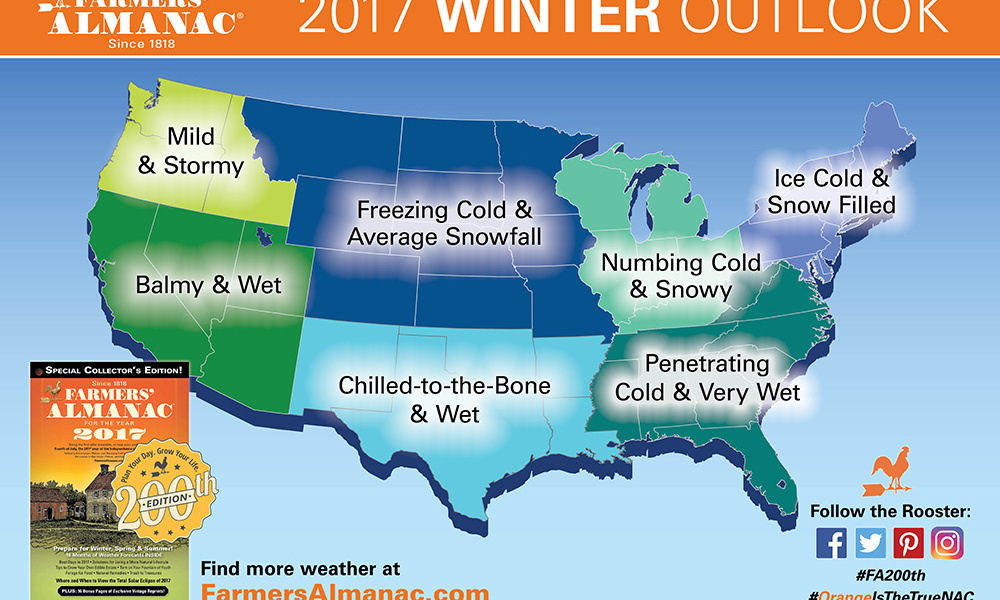 A Return to Cold and Snowy this Winter?

[Forecast courtesy of The Farmer’s Almanac]

“Cold Man Winter did seem to be on vacation last year thanks to a very strong El Niño, but this year he’s back.” – Editor Peter Geiger, Philom.

The Farmer’s Almanac (Not to be confused with the Old Farmer’s Almanac) is set to be released tomorrow and the FA editors were kind enough to give skiers and snowboarders a look into what they think the upcoming winter will hold weather-wise. Below is their official winter weather forecast / outlook / prediction for the 2016 -2017 winter ski season.

Turns out, the outlook is on the positive side with favor falling on the northeast. The forecast says New England and New York will have an “ice cold and snow-filled” ski season. Meanwhile, the Rocky Mountain region and Pacific northwest are looking towards average to colder-than-average winters with average to above-average snowfall totals.

“While last winter was a reprieve from shoveling and high fuel bills, the party is over. According to the 2017 Farmers’ Almanac, winter is back!” – Farmer’s Almanac

The wildcard seems to be the Southwest, whose “balmy and wet” forecast is giving Sierra skiers hope for the return of conditions that are akin to the 2010/2011 La Niña season. We’ll see…

While winter officially starts on December 21, 2016, the Farmers’ Almanac predictions point to some snow and cold conditions in mid-November in the Northeast, Great Lakes, and Midwest. However, the good news is that the frigidly cold temperatures really won’t take hold until much later in the season.

The Farmers’ Almanac, which breaks the country into 7 zones, and offers predictions for three-day intervals, forewarns of a mixed bag of wintry weather for both December and January. But it’s really February when the frigid temperatures take hold (northern tier states could see ambient air temperatures as low as 40 degrees below zero!). This is the month you want to make sure your heat works, your long johns are washed, and your slippers are nearby. 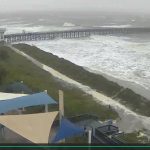