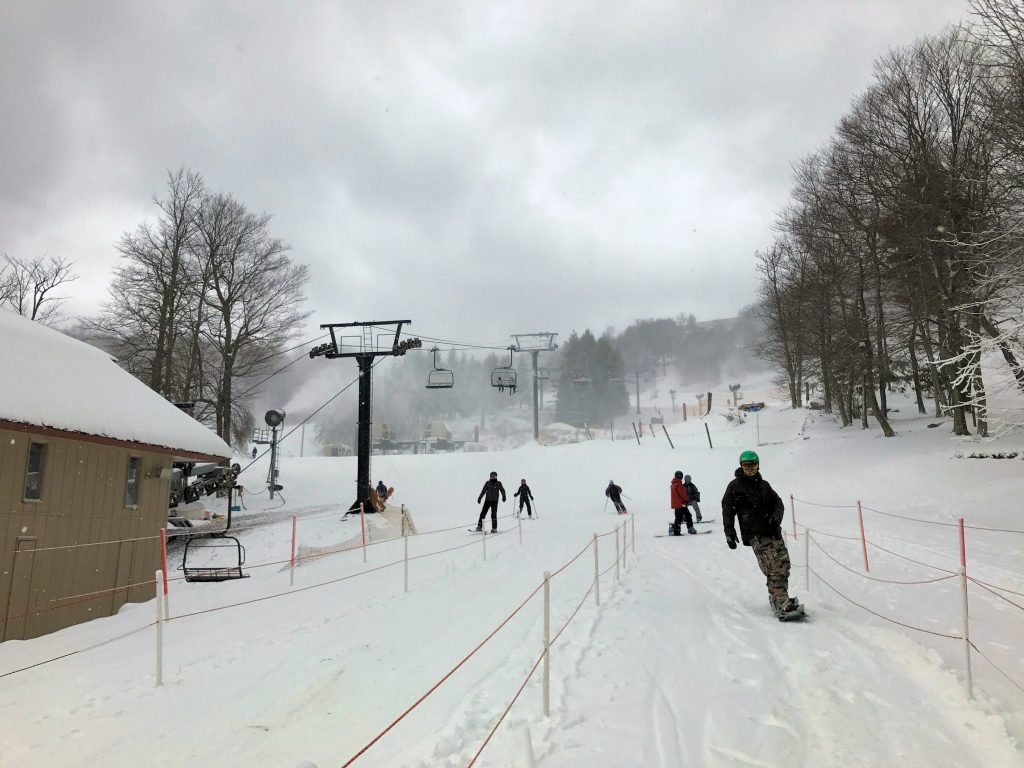 Snowfall Totals DOWN for Ski Resorts this Winter. See How Much.

We’re seeing some LIGHT SNOW here in the NC mountains this morning, but just as has been the case all winter long, the heavier snow is falling into Maryland and West Virginia. It’s Snowing HARD at Snowshoe this morning! Click to Enlarge and check out the lift line at Ball Hooter at 10:30am.

Case in point is the fact that the WV ski areas have seen 13″ of new snow in the last 5 days and up to a FOOT of additional snow could fall in the next couple of days at Snowshoe, Canaan Valley and Timberline resorts. Meanwhile further south into the North Carolina mountains we’ve seen around ONE INCH of snow in the last week and we MIGHT see 3-5″ of snow in the next 24 hours or so, but I’ll believe that when I see it. The way things have gone for the most part this season – we’ll probably see 1-3″. I was just watching WCNC out of Charlotte and their team is forecasting 3-5 for the higher elevations.

You Ask, We Answer…

After reading my post on Saturday, I received a few emails from people asking about “how far under the normal snowfall totals are we this winter”.

The entire region is down in terms of MEAN snowfall totals over the years. However, there is no question that the ski areas NOT located in West Virginia and Maryland are down substantially more. For example, in Davis, West Virginia they normally receive 28.3″ of snowfall each December and 47.5″ in January. That’s nearly 75″ of snow by this date on the calendar. Davis’ current snow total of 57.7″ on the season is 17.3″ below normal.

Wisp Resort has averaged 134″ of snow in each of the last four winters and at the half-way point would have seen 65″ by now. They are at 30.5″ of snow this winter (to date) and that is nearly THREE FEET under what they’ve seen in the last four winters to this point. Even using Wisp’s 20 year average of 100″ per winter, they’d be under by 20″ so far.

As we drop down into Virginia, Tennessee and North Carolina the numbers look even more skewed downward. Beech Mountain Resort averages 80″ of natural snow per winter and at the halfway point would expect to see +/- 40″ of snow. They are at 21.3″ snow so far or 18.7″ off their normal.

Those kind of numbers don’t tell the full story though. When you take into consideration how much more snow falls in West Virginia compared to the North Carolina resorts each winter things come into clearer focus of just how far off this winter’s snowfall is thus far and particularly into the ski area communities SOUTH of Snowshoe.

The WV ski areas average 180″ of snow each winter. We are at the half-way point in the season although more snow traditionally falls in February and March than in December and January. However, looking at Davis, WV’s David Lesher for an accurate tally of snow to date, they are nearly 25% under normal snowfall to this date on the calendar.

Using Beech’s numbers, they are off by 47% of normal.

I’ve been reporting all season long about how the more favorable weather patterns have been into the extreme upper tier of our coverage. The line of favorable weather has really been NORTH of Winterplace and really only for Wisp, Canaan Valley, Timberline and Snowshoe.

Even West Virginia’s Winterplace Resort has seen the snowline fall just north of their location. They average about 100″ of snow each winter and usually by now would see +/- 44″ to date. They are at 17″ or OFF 62% of normal snowfall.

The Virginia and Tennessee ski areas are showing even MORE of an “OUCH FACTOR”. Wintergreen Resort’s 8″ of snow this season leads the Virginia ski areas in natural snowfall this winter. They have averaged 38″ of snow in each of the last FOUR winters and about 16″ to this point mid-season. They are at 8″ or 50% below norm.

In summary, it’s been a less than normal, snowy winter thus far across the entire region. However, the North Carolina, Tennessee and Virginia mountains have definitely been more snow-starved to date and it seems that trend will continue this week as Wisp, Snowshoe and Canaan Valley are all forecasted to see significant snowfall all week with as much as a foot of snow to fall. The rest of the region looks to get 3-6″ of snow and that will be a stretch for most of the resorts.

Beech Mountain added 6″ of manmade snow. They added another open trail to go to 10 of 17 open for Sunday fun. Our own Kenny Griffen is up at Beech this morning and he sent the following images and reported that the “SNOW IS FANTASTIC”. He said the snowguns are on full bore and visibility on the left side sucks but that the right side down was great. A view up top of Beech.

It’s funny how technology is these days. I’m sitting here typing up this FirsTrax blog and Kenny is sharing his first-hand appraisal of conditions on the slopes as we speak. Gotta love it.

Wisp – It’s snowing pretty hard here this morning. They added two more slopes (21 of 34). 11″ of snow this past week and a foot is in the forecast for the week ahead! Great shot of Wisp this morning and tons more snow is in the forecast all week ahead.

Timberline Resort – has seen the same great snowfall and heavy snowmaking ops for the last 48 hours but for some reason they dropped a couple of slopes from yesterday and are now operating with 11 of 40 slopes open. Perhaps they are setting the table for a great week ahead with all of the snow that is supposed to fall. They increased their base by 6″ since Saturday.

Snowshoe Mountain – With another 2 inches of the light and fluffy brand overnight, we’re up to 13 inches in the past week! The best part… It’s still coming! If you’ve been dreaming about powder turns, now is your chance. Get up here!

Snowshoe has 3 terrain parks open today for your jumping and jibbing needs: Evolution (3 jumps and 11 jibs) and Progression Park (2 jumps and 8 jibs) are both open in the Basin; Robertson’s Run (3 jumps and 5 jibs)is open at Silver Creek. Timberjack will be closed today for a rebuild.

Check out out Deals and Packages page at snowshoemtn.com to help plan your trip and save some money while you’re at it. Widowmaker will be delayed until around 11:00AM to allow for ski team practice. Please be advised that snowmaking may be in progress on some open terrain.

Wintergreen Resort – While not seeing natural snowfall, they made a ton of snow and were able to reopen Upper Tyro, Lower Sunrise, Tequila and Upper Cliffhanger!

Omni Homestead – They are getting some light snow this morning. A trace has fallen thus far.

The huge weather difference from the northern tier of ski areas in the Southeast and mid-Atlantic is no where more obvious than a look at Ober Gatlinburg where temperatures over the last 24 hours have hovered JUST above freezing so they were not able to make snow last night. They DO have about an inch of snow in the forecast.

There’s obviously been NO ISSUE with snowmaking at Sugar Mountain in the last 24 hours. However MAYBE there’s been an issue with someone’s calculator. Sugar has been doing a great job of adjusting base depths all season long…typically up or down a few inches. On Saturday they report an 18-44″ base (up 4-6″ from the day before). However THIS MORNING they have upped their base depth by 16″ inches OVERNIGHT to report 20-60″ on the 10 of 21 slopes open.

Wolf Ridge Resort – is reporting 8 of 15 slopes open for day sessions this morning. They DO have 3-5″ of snow in their forecast for today and tonight.

Cataloochee Ski Area – WOW! Have they upped their base depth from Saturday morning. Bear in mind that the Cat Crew is focusing ALL of their snowmaking on their core trails as they are only open from the mid-station down. On Saturday morning they reported a base of 8-12″ and now 24 hours later? 18-32″! 20″ of base added over the last 24 hours. They are open on the same 7 slopes as Saturday. 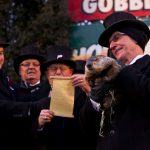 What Will Punxsutawney Phil Predict on Thursday? 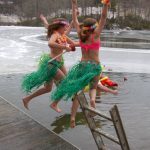